Some Don't Like BioShock's Forced Baptism. Enough To Ask For A Refund. (оригинал статьи о Брине)

Before you can step into Columbia—before you can find out about Elizabeth and Comstock, before you know about "tears" and the Vox Populi, BioShock Infinite requires the player to do one thing: accept a baptism. There is no way around the religious sacrament which uses water as a means of ritual purification. The only way to get into Columbia is to appease a preacher who demands that Booker, the protagonist of BioShock Infinite, be baptized.

"Brother, the only way to Columbia is through rebirth in the sweet waters of baptism. Will you be cleansed, brother?" he exclaims. 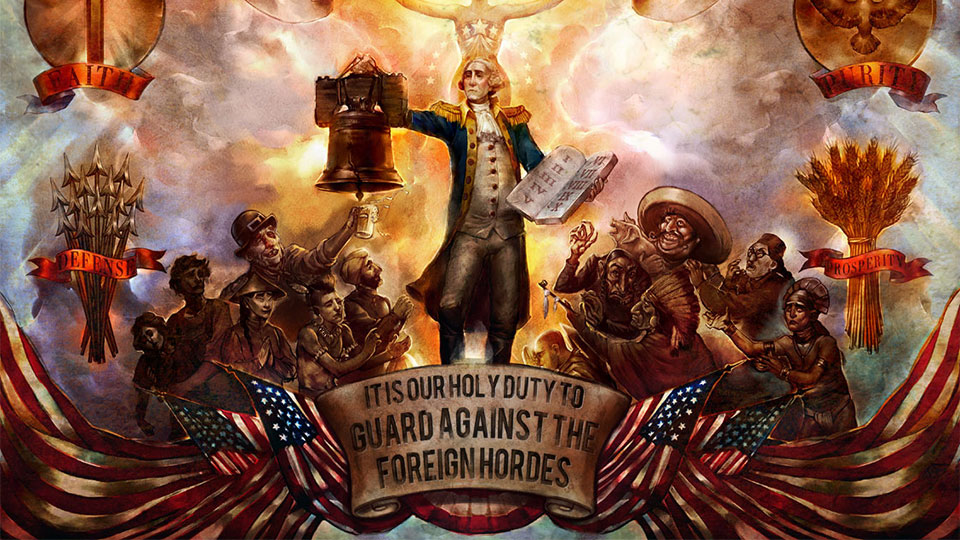 And so in order to actually play BioShock Infinite, one has to press a button to be digitally baptized (if not nearly drowned!)

Baptism, thematically, is important to some of the questions Infinite poses: can a person find redemption? Can we atone for our sins? Can someone who has committed grave atrocities be forgiven? Traditionally in a work of art we understand baptism as a means of undergoing a rebirth, something which the game also touches on. And finally, Columbia wouldn't quite be the awful place that it is without espousing white supremacy and religious zealotry.

What I'm saying is, one could argue that the game has justifiable reasons for forcing players to accept baptism…but that doesn't make the scene any less uncomfortable for some, like Breen Malmberg—a gamer and a Christian.

"As baptism of the Holy spirit is at the center of Christianity - of which I am a devout believer - I am basically being forced to make a choice between committing extreme blasphemy by my actions in choosing to accept this 'choice' or forced to quit playing the game before it even really starts," Malmberg explained to Kotaku.

"Of course I cannot hold true to my beliefs and also commit this act, so I am therefor[e] forced to not play the game."

The choice was clear for Malmberg, but there was one problem: he had already purchased the game. It would be one thing to boycott the game for your beliefs, it's another thing to find out mid-game that you no longer feel comfortable playing it. Judging from Malmberg's exchanges with Kotaku, it sounds as if he would have been fine with the inclusion of baptism had it not been forced onto the player

"I suspect that it is indeed entertaining and well-done (except for the content in question) and have already purchased and enjoyed the first 2 bioshock games immensely," Malmberg explained.

Malmberg did the only thing he could do, given that he was a PC player that purchased the game on Steam: he sent Valve a letter explaining the situation, and he demanded a refund

According to Malmberg, Valve gave him a full refund.

While there are no shortage of games that go against religious beliefs, this was different for Malmberg. "The difference here," Malmberg explained to Kotaku, "is that you are forced to make a decision that violates those beliefs in order to continue with the game - which is not something I have run into very often."

Some people might feel inclined to dismiss Malmberg's concerns because he is religious, but the non-religious might feel conflicted about the scene too. "That was one of the few scenes in Infinite that I didn't necessarily enjoy. I'm not a religious person, so I didn't like being forced to think that baptism is a significant event. I filed it away as a storytelling mechanism and moved on," Kotaku's Tina Amini told me while discussing the scene.

I took to Twitter to ask people how they felt about it. The response was mixed. Naturally, there are many players who didn't mind. Here are some of those responses:

"Can't say it bothered me," responded one person.

"I'm agnostic, and I honestly didn't care much. I found the whole scene actually comical," someone else explained.

"Its not like playing as Shepard in Mass Effect; I'm not being me, I'm Booker DeWitt. Booker DeWitt don't give a shit," responded another.

"The idea of pledging your belief to the city's America-As-Religion ideology before you entered felt potentially powerful," explained another Tweeter.

Others disliked the scene—and not always because of its religious roots. Some of the responses I got:

"I felt that it was ham-handed as hell."

"It was irritating. I don't take baptism seriously, so the religious implications didn't offend, but the absence of choice did." 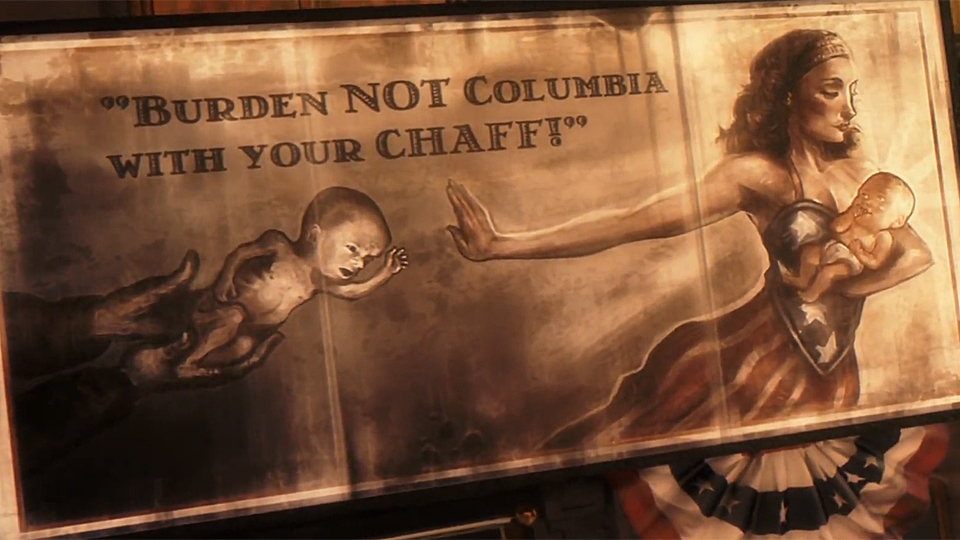 "I find baptisms generally creepy, especially magnified by timing of opening with a altered version of a common Passover prayer. Additionally made weird considering release date was during Passover. Generally, being involved in religious ceremonies not my own is a strange feeling."

"Eye rolling, because it felt like a forced setup with overblown Christian symbolism. And the payoff in the ending angered me."

Personally, I must have spent five or ten minutes trying to figure out how to get out of the baptism: it wasn't something I wanted to do precisely because I'm not religious. Eventually, of course, I had to go on with it.

The entire process brought back memories of being a part of an overly-religious family, which would often require me to undergo religious rites and processes I didn't believe in. Like Booker, I would go on with them anyway both out of self-preservation and because I didn't really have a choice.

The fact that people feel so strongly about the scene—I was instantly flooded with responses on Twitter—could be argued to be admirable; art exists to push buttons. The problem with that argument is that Christianity, in America at least—where the majority of Americans identify as Christian—is the status quo. And the game does little to comment on that status quo, though it does paint it as an extreme—and not the kind of familiar, scary reality that America arguably already knows.